"In our schools, which are a special setting for Christian education, our priority is pastoral activity which meets the expectations of young people. While being available to all, we take particular care of our students who are experiencing difficulties." - The Marist Constitutions
Mission Statement & Goals

The mission of the Guidance Department is to encourage and help students to grow spiritually, emotionally, socially and academically. As a Catholic school in the Marist Tradition, we are committed to the development of the whole person and the idea of "people helping people." In the helping process, our counseling staff involves students, alumni, parents, and faculty. We firmly believe that a young man or woman who achieves a greater personal understanding and is open to the spiritual dimension of life is more likely to lead a more meaningful, productive and happier life.

The primary objective during freshmen year is to ensure that every student is able to adjust to the new challenges of high school. Students are therefore seen at least twice a year by their guidance counselor. There are five counselors who meet with students. During these meetings, student are given the opportunity to discuss adjustment issues, such as class and homework, making friends, family and any other issues. We know that there are many challenges as students come from middle school into high school. Through on-on-one, group and parent meetings, we hope to provide support and encouragement to freshmen so they can successfully negotiate their first year at Molloy.
Parent Orientation Evenings

In addition, an evening is set aside in September to introduce parents to the Molloy school community. Freshmen Parents Orientation gives parents the opportunity to meet with the administration, counseling staff and their child's teachers. Parents will run through an abbreviated schedule of a normal school day and receive an outline from each teacher of class goals and expectations.
The S.M.I.L.E. Program (Something More In Life's Experience)

When a student is dealing with a particularly challenging life situation, the counselor has the option of recommending that the student join the S.M.I.L.E. Program which was originated by Brother Leo Richard Morris and Sheila Murphy in 1964. This year we are celebrating its 50th year and the many other founders and supporters of the program over the decades.. The program consists of various support groups that focus on constructive ways of dealing with serious concerns and issues. The S.M.I.L.E. program is available to all students at Molloy and stresses a “likes with likes” technique and spirit.
Sophomore Guidance

The sophomore guidance program is designed to bring the freshmen program one step further. There are two phases to the program, Peer Group Counseling and Personal Interviews. The basic philosophy of our program is to help the individual to become a more fully integrated person.

Presently there are seven counselors. Every sophomore is seen at least once during the course of the year. Students can also request a personal interview at any time. They are also referred by teachers, the adult peer group counselor and by parents/guardians. One of the counselors sees all of the students dealing with academic issues.

The format of the interview centers on the immediate concerns of the individual. Each counselor brings to the interview his/her own strengths and techniques. The topics often center on school, family, college, career goals and personal relationships. The counselor is an experienced, trained listener who helps the student to find a healthy and productive way to cope with a given set of circumstances.
Peer Group Counseling Program
One of the hallmarks of the Molloy Guidance Department is our Peer Group Program. The program was begun by Marist Brother Leo Richard Morris to give students a place where they could talk and share freely. The basis of the Peer Group program is the principle that students can help fellow students in dealing with life issues. This experience has often been powerful for participants, as they have been helped by student leaders, counselors, and fellow students to speak up and share their thoughts, insights and feelings. Peer Group has been part of Molloy’s curriculum since 1971.
A Molloy faculty guidance counselor along with trained senior leaders, and up to seven sophomores meet two or three times during the six-day cycle. Every sophomore is randomly scheduled to participates in a Peer Group. Each Peer Group meets for one marking period in the school year. Peer Group is not graded, and each member of the group verbally commits to keeping all that is discussed confidential.
The Peer Group Program has been a vital component in assisting our students in the development of their emotional and spiritual health. It has given them the opportunity to discover more of who they are and who God has called them to be, in the context of a safe and nurturing community.
Junior Year

As in each of the previous years, the juniors are encouraged to talk about the difficulties and concerns that they see as obstacles to their personal growth and a positive self-image. One concern which begins to surface for many at this stage is their choice of college and career. Counselors begin to help students formulate a plan to determine which colleges would provide the best fit for each student. The juniors have several class sessions with the College Advisors at the beginning of the spring semester.

There are six counselors working with the students in junior year. One counselor is responsible for following up the academic progress of the juniors. This involves group meetings to talk about such topics as P.S.A.T. and S.A.T. results, grades and possible career choices.
Junior College Night

The juniors and their parents are invited to this evening presentation dealing with the college admissions process.The focus is an in-depth look at every facet of college admissions and financial aid process. This evening lays the foundation for the student to build a realistic path to their desired college/university. The juniors and their parents are also invited to the college night in the Fall.
Senior Guidance

In senior year, personal counselors are available to help students focus on current life issues (a continuation of affective and personal development counseling) as well as help students prepare for their life after graduation.

We invite the seniors and their parents to these three events.

All seniors meet with the college advisors for four class sessions during the first marking period. The topics that are discussed include: college admissions, SAT scores, Financial Aid, choosing a major, careers, technology and scholarships.

Every senior is strongly encouraged to meet with the college advisors. After talking with the student and reviewing their academic credentials, realistic options are discussed in terms of college admissions, major, financial aid and career goals.
Counselors 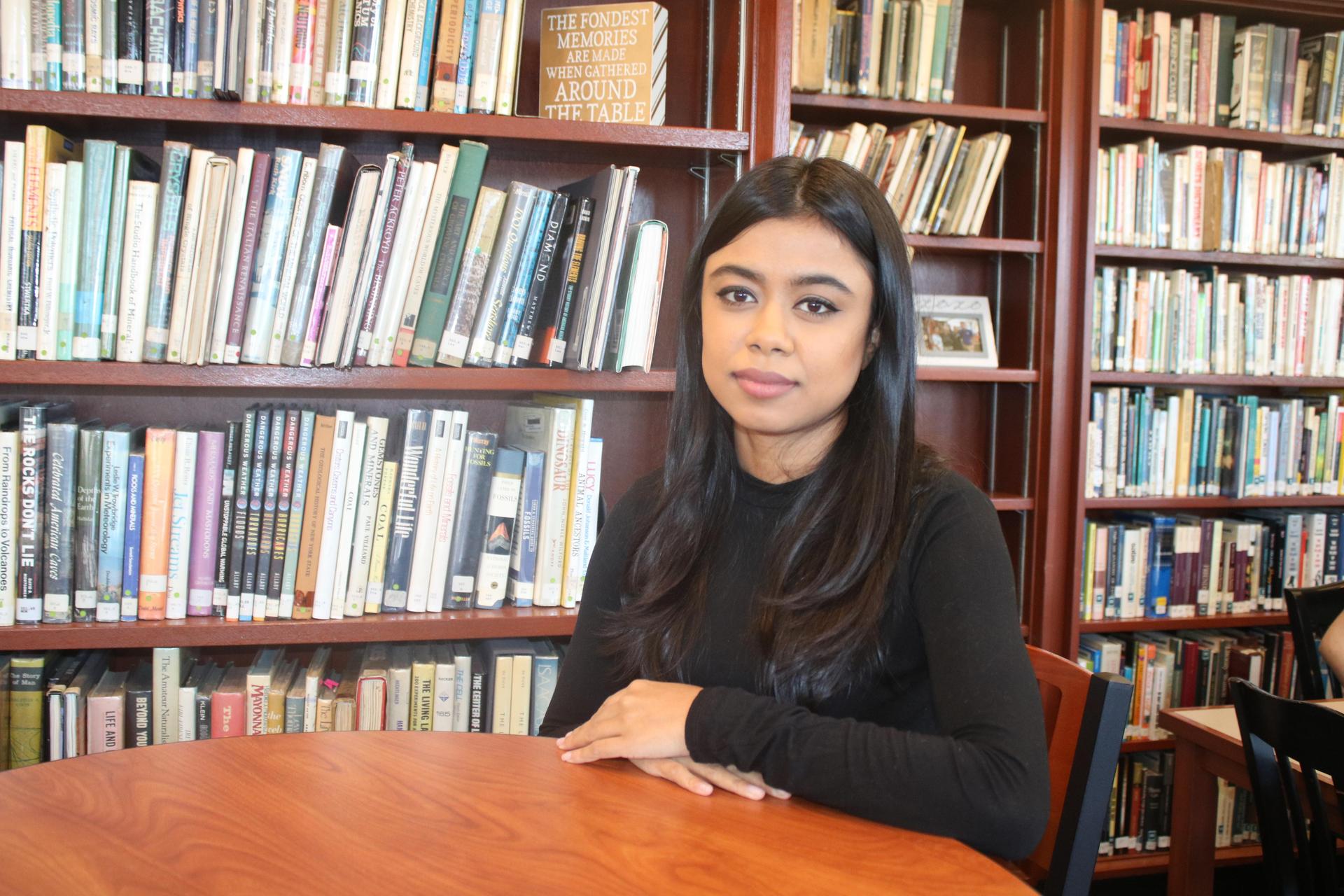 Ms. Tamanna Akter
Ms. Tamanna Akter has been a member of the Molloy Guidance Department since spring of 2016. Ms. Akter holds a BA in Psychology from Hunter College and an MA in Counseling from Manhattan College. She currently works with students as a personal and academic counselor. Ms. Akter is a moderator for a SMILE group called Girls Can, a member of the St. Marcellin Champagnat Society, and is a participant in the retreat program. Ms. Akter is also the coordinator for the Hugh O’Brian Youth Leadership program for sophomore students. She can be reached via email at [email protected]. 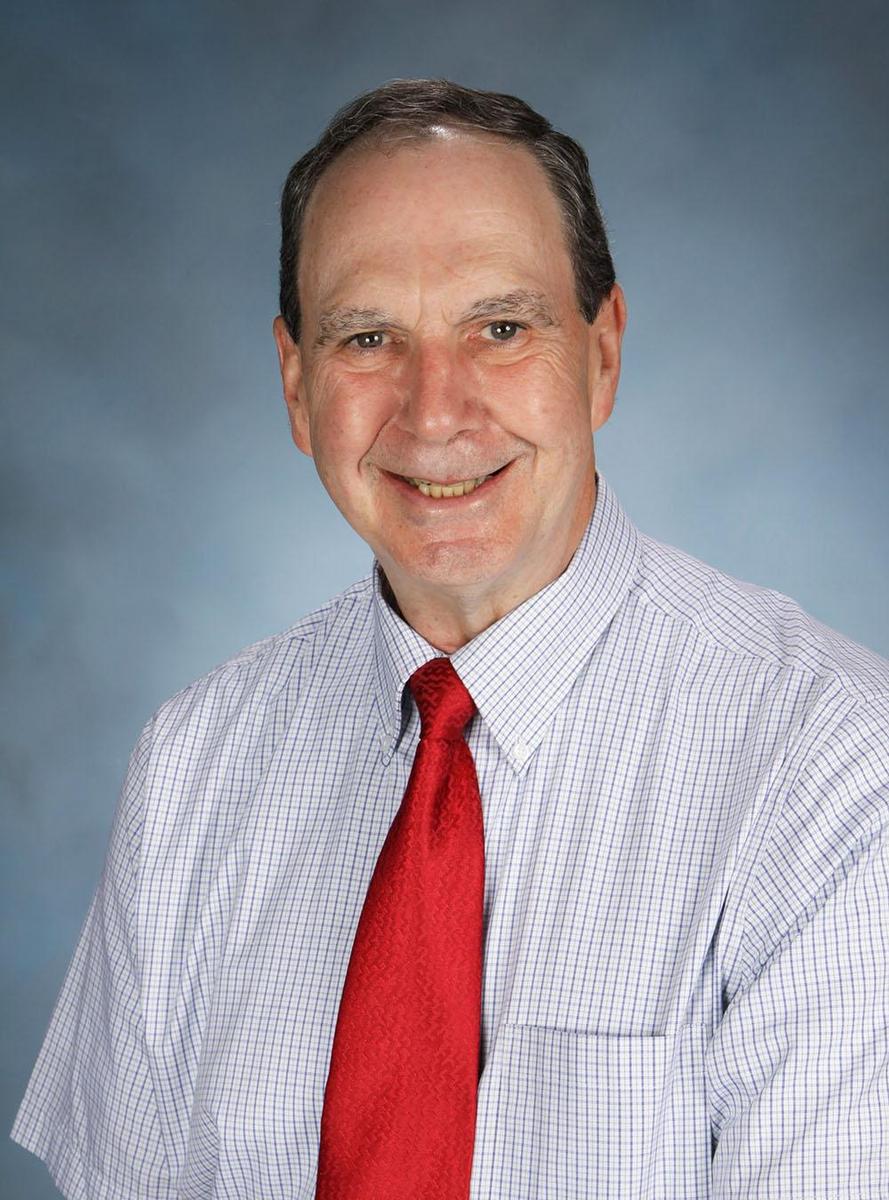 Br. Eugene Birmingham, FMS
Brother Eugene Birmingham is a Marist Brother who began his work in the Guidance Department at Molloy in 2008. Before he was assigned to Molloy, he ministered as a teacher, special education support teacher (SETSS), a campus minister, and a counselor in Lawrence, Chicago, the Bronx and New York City. Br. Eugene holds a B.A. in History from Marist College, an M.S. in Education (Administration) from Manhattan College, an M.A. and a P.D. in Counseling from Manhattan College, M.S from Fordham University, an M.R.E. from Loyola University and an M.S. in Literacy from Mercy College. Br. Eugene works with students as a personal and academic counselor and as a participant in the retreat program. He can be reached via email at [email protected]. 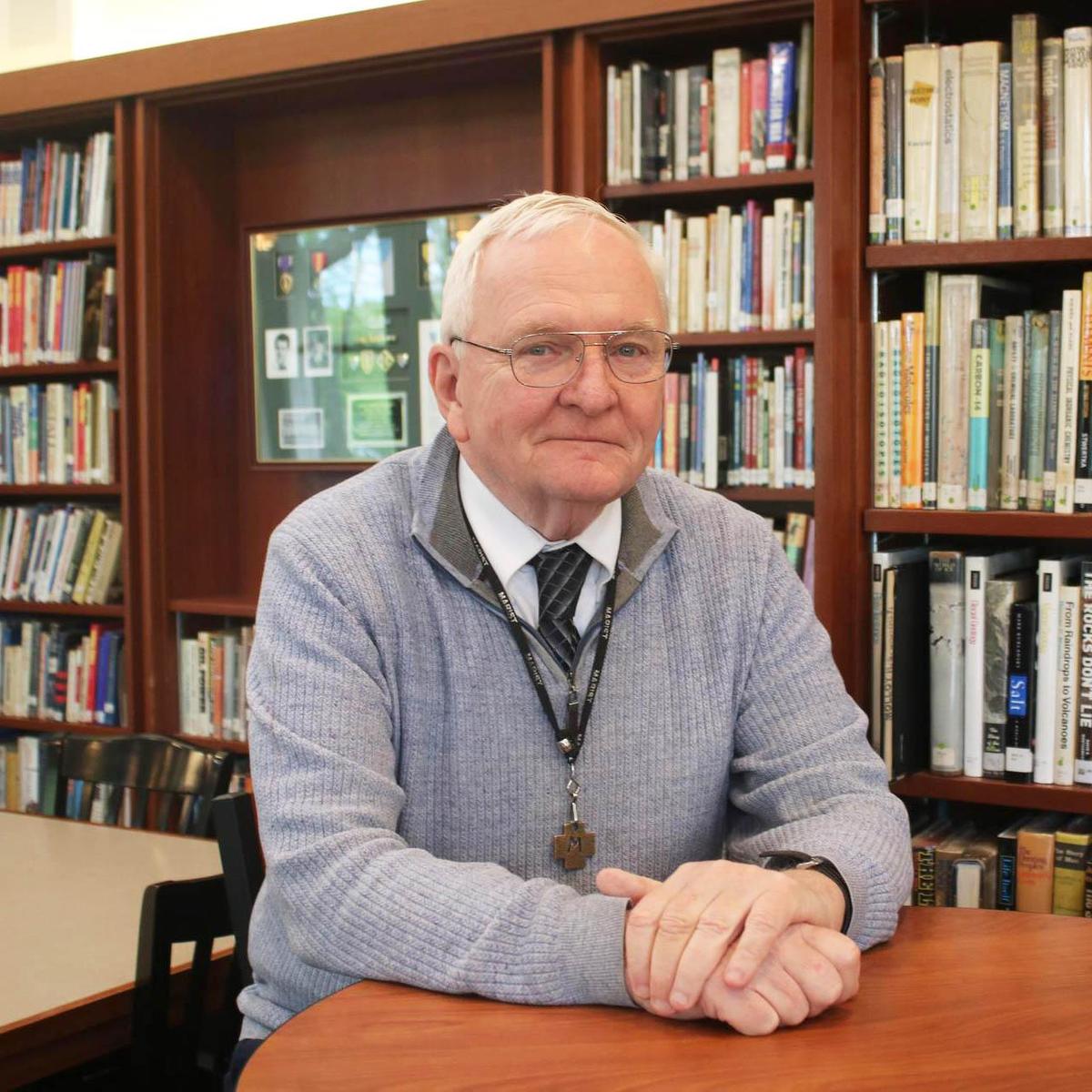 Br. Kevin Brogan, FMS, '63
Brother Kevin Brogan is a Marist Brother and a member of the Archbishop Molloy Class of 1963. He was a member of the faculty from 1980-1983, went on to work at a Marist schools in Florida and Texas, and returned to Molloy in 1997. Br. Kevin has worked as a teacher, counselor, and a coach. He has a B.A. in Biology from Marist College, an M.S. in Biology from St. Mary’s University, an M.A. in Science Teaching from Antioch College, and an M.A. in Counseling and Professional Certification in Administration from the University of Texas at Brownsville. Currently, he is a College Guidance counselor. He can be reached via email [email protected].

Mrs. Ashley Callagy graduated from Archbishop Molloy in 2005 and has been working in the Guidance Department since 2016. Mrs. Callagy received a Bachelor of Arts in Psychology from Iona College and a Master of Social Work from Fordham University’s Graduate School of Social Service. She then worked as a social worker in various settings, gaining experience in running groups and performing mental health counseling, earning a NYS license in clinical social work (LCSW). She currently runs Peer Groups and offers individual personal/academic counseling. Mrs. Callagy enjoys being involved in various aspects of the school’s spiritual and social programs. Mrs. Callagy can be reached by email at [email protected]. 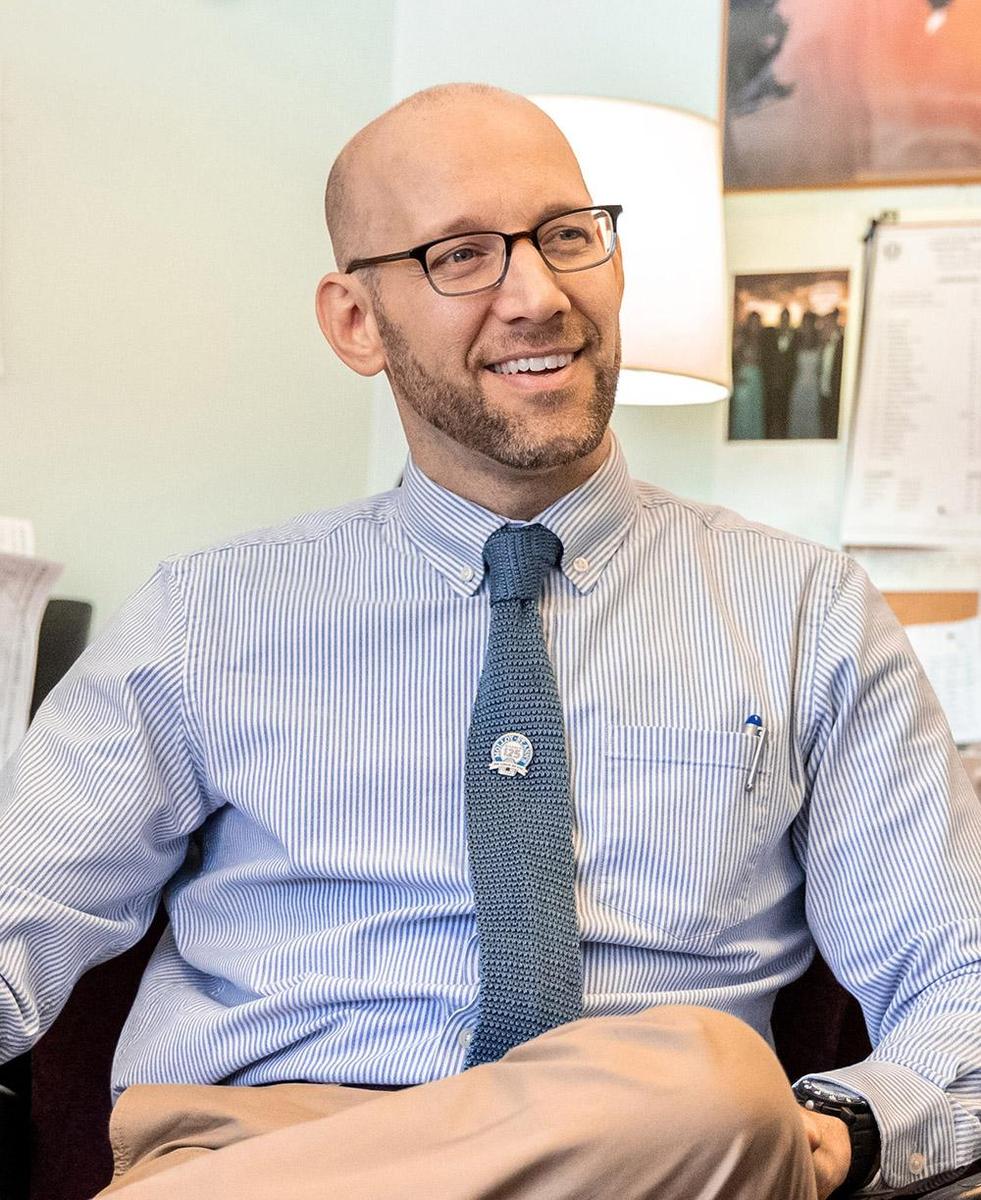 Mr. Christopher Dougherty '91
Mr. Christopher X. "Doc" Dougherty, LMSW, Department Chairperson graduated from Molloy in 1991 and was hired in 1997 as a personal counselor, academic counselor, Peer Groups counselor, and S.M.I.L.E. moderator. He has a B.A. in Psychology from Mount Saint Mary and an M.S.W. from Boston College. Mr. Dougherty also co-moderates the I A.M. Green Environmental Club, the Science Fiction Club, and is one of the co-founders of the St. Marcellin Society (SMCS). Mr. Dougherty coordinates the NYC Board of Elections teen poll worker program at Molloy and is also a certified NYS Emergency Medical Technician. He can be reached via email at [email protected]. 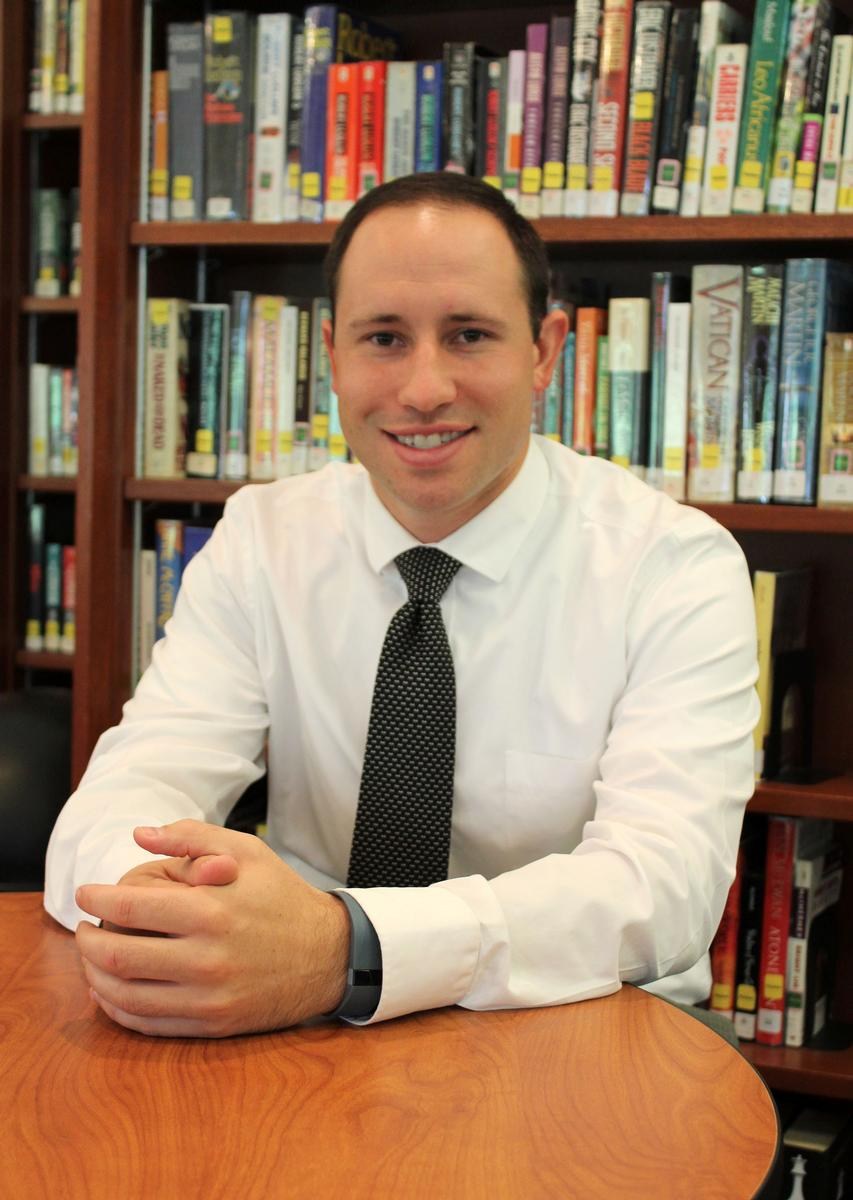 Mr. Gus Esgro has been a member of the Archbishop Molloy Guidance Department since 2015.  Before coming to Molloy he served as an Assistant Director of Admissions at The University of Scranton. While pursuing his M.S. in Secondary Education, he worked as a graduate assistant in the Sports Information Department, and volunteered as an assistant coach on the University of Scranton Men’s Soccer Team. He earned his B.S. in International Studies and Journalism in 2009. He can be reached at [email protected]. 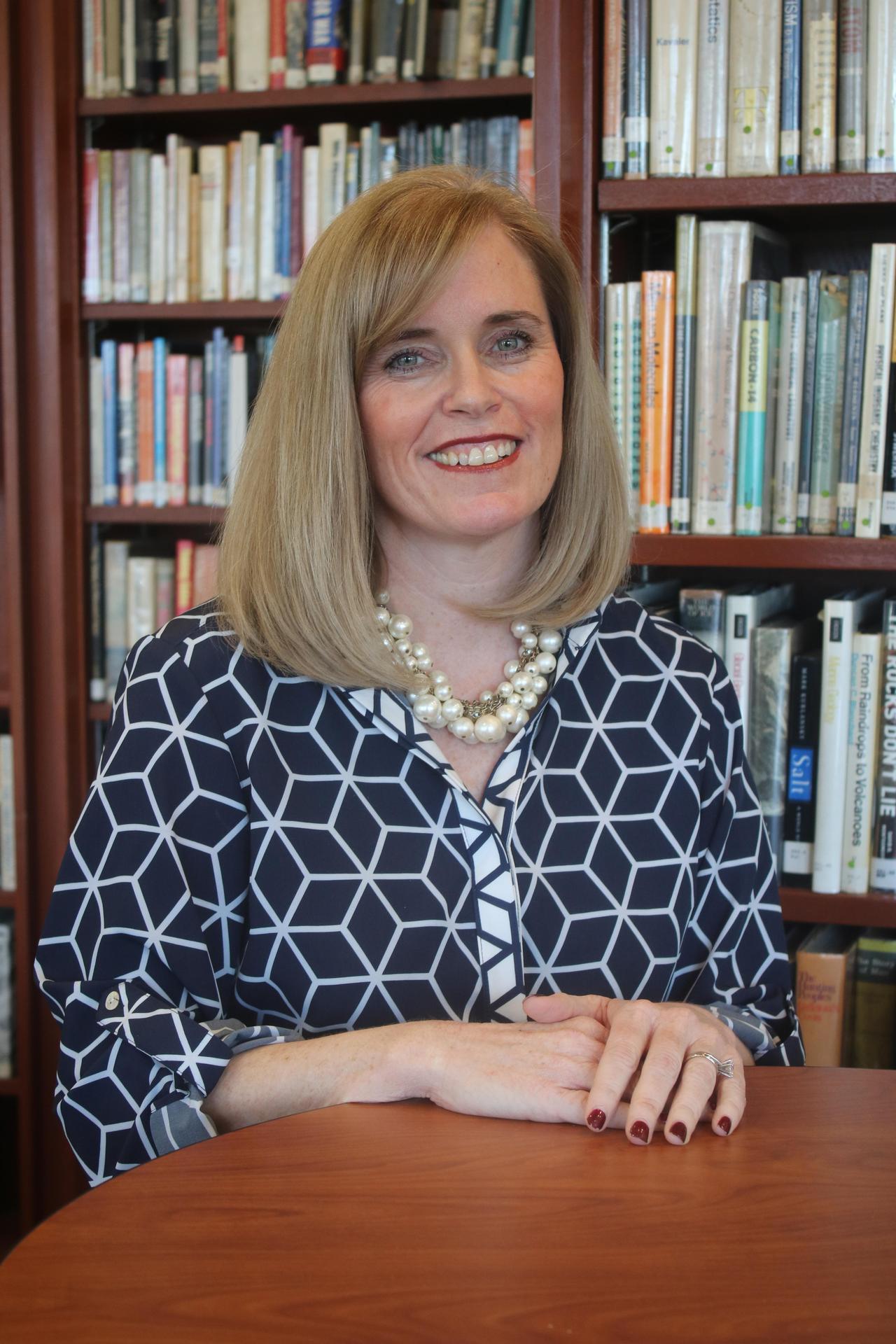 Mrs. Kate McCaughey has been a member of the Molloy Guidance Department since 2019. She holds a Bachelor of Arts degree in Philosophy and Urban Studies from Fordham University, as well as a Master of Science in Education from Fordham’s Graduate School of Education, specializing in Counseling Services. Prior to joining the Molloy Community, Mrs. McCaughey worked in both undergraduate and graduate admission as a counselor, served as director of college guidance for a national non-profit organization and most recently was a school counselor in the NYC Department of Education. In addition to personal and academic counseling at Molloy, Mrs. McCaughey serves as the accommodations coordinator. She can be reached via email at [email protected]. 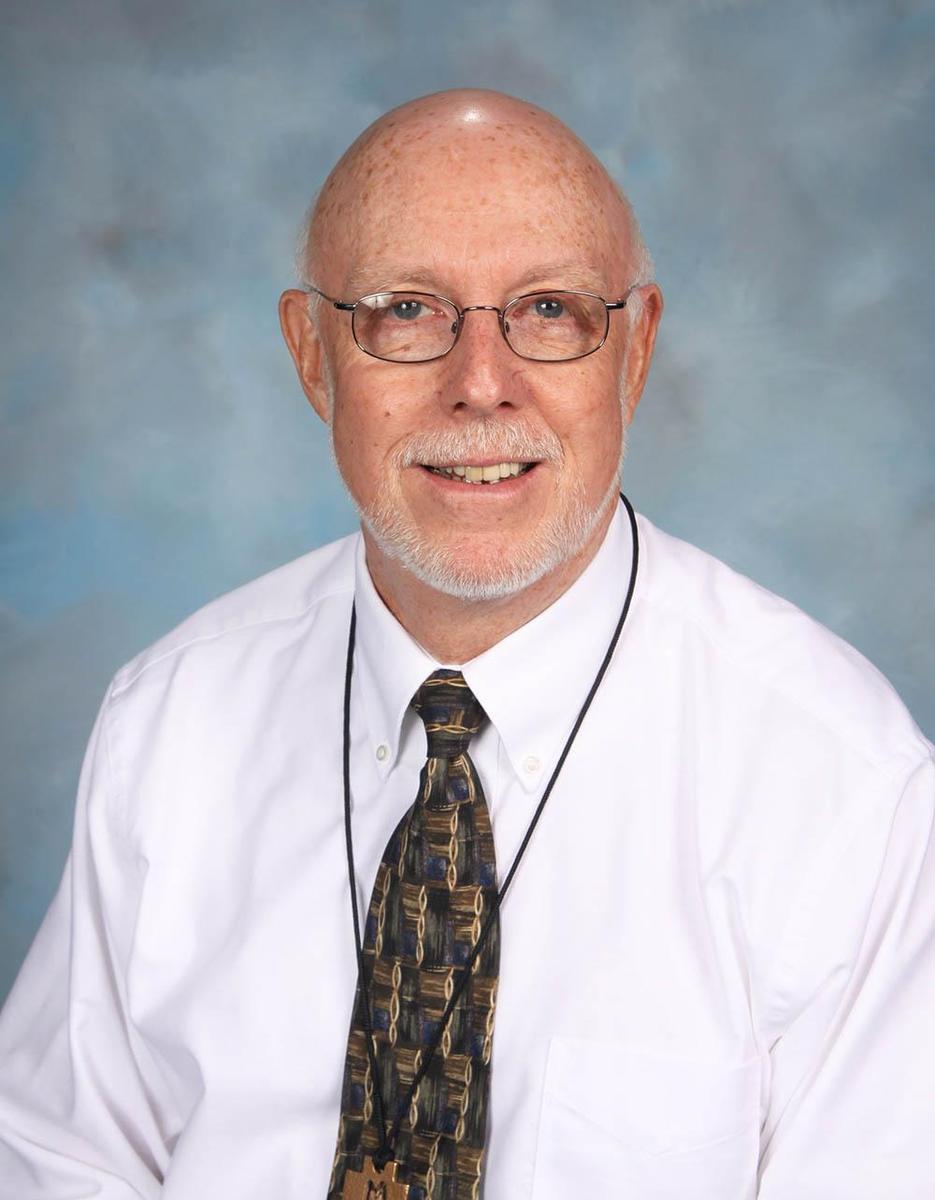 Br. James Norton, FMS, '63
Brother James Norton is a Marist Brother who came to Molloy in 1968 as a teacher of Spanish. He has a B.A. in Spanish from Marist College and an M.S. in School Counseling from St. John’s University. In 1972, he was asked to take on some counseling responsibilities and he has been involved in this work since then. Brother James is a counselor for ninth, tenth and eleventh graders and is the coordinator of the Peer Group Counseling Program. Brother James plays the bagpipes as a member of the Molloy Pipes and Drums Band. Br. James can be reached via email at [email protected].