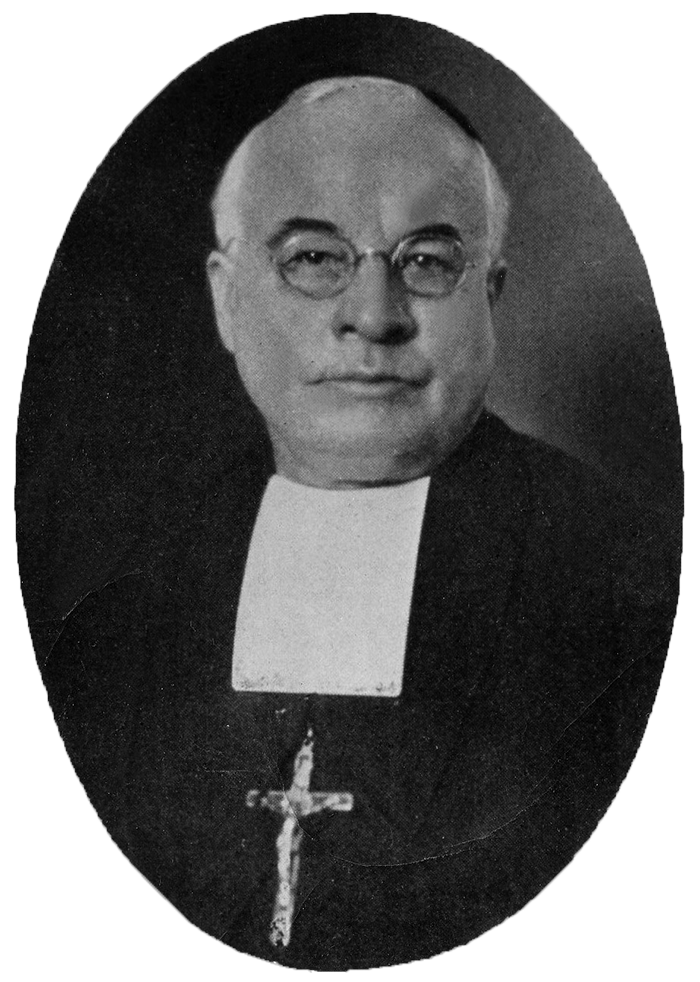 The story of St. Ann’s Academy begins in 1891, when Br. Zephiriny (pictured), of Lyons, France, was asked to found the first Marist school in New York City. On September 15, 1892, St. Jean’s Parochial School opened its doors to the children of the parish at Lexington Avenue and 76th Street in Manhattan. It was within St. Jean’s that Br. Zephiriny was granted space for his new school. The Sisters of Notre Dame taught girls on the second floor, while the Marist Brothers taught boys on the third floor.

Enrollment was modest, with roughly 10 students in each of three classes. The inaugural curriculum was taught exclusively in French, a reflection of the demographics of the parish as well as the Brothers’ recent emigration to North America to escape religious persecution in France. As enrollment grew, the Brothers were permitted to use the fourth floor of the building. By 1894, St. Jean’s had outgrown its facilities and subsequently moved out. As the only remaining tenants, the Brothers purchased the building, and Br. Zephiriny renamed it St. Ann’s Academy, in honor of the mother of Mary. Prior to and after the turn of the century, the Brothers would continue to acquire adjacent buildings to accommodate more students. These properties all shared a central inner courtyard. As for Br. Zephiriny, he served as director of St. Ann’s for its first 12 years. He was appointed Provincial in 1907 and passed away in 1927.

Life at St. Ann’s was centered on Catholic devotions, with rigorous academics, extracurricular activities, and retreats rounding out the student experience. The Marist Brothers made up the entire faculty and oversaw each aspect of the school, from administrative roles and daily instruction, to moderating clubs and sports teams.

St. Ann’s flourished as an all boys grammar school and high school. Students wore suit jackets and were expected to show respect and adhere to discipline. The campus included dormitories for boarding students, as well as a library, auditorium, chapel, music room, recreation room, study hall, and eventually science labs and a typing room. When changing classes, many students used the fire escapes to travel from floor to floor. Across the street, Stanners often celebrated Mass at St. Jean Baptiste Church. One obscure fact about St. Ann’s might surprise you: it briefly operated as a military academy at the turn of the century, complete with cadet uniforms and a marching band.

After school, students found respite in various activities. Varsity sports included baseball, basketball, track and field, cross country, and swimming. Intramural sports, including football, handball, and punchball, were also popular. During intramurals, students would gather along the sidelines of the courtyard to spectate. The courtyard was also known to host pep rallies and assemblies. The school’s close proximity to Central Park allowed it to become a stomping ground for Stanners as well. Clubs included the Philomathic Society, Drama, Music, and Blue & White Yearbook. In the early twentieth century, the academy published the St. Ann’s Monthly, which included school news and alumni notes. This publication was replaced by The Stanner newspaper in 1944.

Among the most important traditions at St. Ann’s was the daily reading of the rosary. Every student had his own rosary beads. During May, the month of Mary, Stanners fulfilled their May Devotions by gathering for daily school-wide assemblies where the rosary was read by all. This was a tradition first propagated by Marcellin Champagnat, founder of the Marist Institute, and thus one the Brothers held dear. St. Ann’s adopted a formal Sodality group dedicated to Mary in 1935, which could be compared to modern day Campus Ministry. Sodality officers ran clothing drives, organized events, and promoted good works throughout the school.

In the mid-1950s, the Marist Brothers sought to repair St. Ann’s aging campus. When repair estimates proved too high, Cardinal Spellman advised the Brothers to move St. Ann’s, even if it meant building on more affordable land outside of the New York Archdiocese. These financial burdens were further compounded by safety concerns after a fire at a local school gave rise to questions about whether the Brothers could further afford to meet the fire code. With the infrastructure continuing to deteriorate, Br. Linus Williams, Provincial, announced that St. Ann’s would move to Queens.

Several locations for the new campus were discussed, including a commercial building on Northern Boulevard in Woodside, and a site near Jewel Avenue, today the location of the former Parkway Hospital. During this process, Archbishop Thomas E. Molloy stepped in and offered the Brothers land he had purchased decades earlier. The site was originally meant for a seminary, however it was never built as during World War II the US Army claimed use of the site to store defense materials. Archbishop Molloy gave the Brothers permission to use the land with the condition that it be operated as a Catholic High School in the Brooklyn Diocese. The Brothers accepted the offer and began to phase out their grammar school in preparation for the move.

Molloy in the Twentieth Century

Upon its opening, Molloy featured a nearly identical faculty to that which served at St. Ann’s, and many students also made the transition. The remaining sixth, seventh, and eighth graders also finished their intermediate studies at Molloy in first floor classrooms that today house the Stanner Alumni Center and Athletic Office. Many of the traditions at St. Ann’s carried over as well. Students were still referred to as Stanners, and the Stanner newspaper and Blue & White Yearbook were also essential activities. The Beehive became an integral part of Molloy’s crest. Some athletic jerseys still featured St. Ann’s in the first few years. Our motto, Non scholae sed vitae, made the move to Molloy as well.

Many traditions were born in the decades before the new millennium, including SMILE (1965), International Day (1980), the Stanner Golf Classic (1987), the Fun Run (1988), and the Walkathon (1995). Dramatic theater and the sciences also received a boost after the opening of the Ralph DeChiaro Center in 1987.

After 107 years of educating only boys, the Marist Brothers announced that Molloy would welcome girls for the first time beginning in September 2000. In turn, the school made plans to significantly upgrade its campus, including renovating restrooms and locker rooms, and building a second gym for new girls sports. The news was a surprise to many in the community, but for the Brothers and School Board it was deemed the best path forward. Rebranding Molloy as a coeducational college prep school was largely a response to changing demographics and application statistics. School leadership believed accepting girls would both keep academic standards high as well as strengthen the number of applications from prospective students. They were right. An article published in the New York Times in April 2000, written by Lynette Holloway, states that applications more than doubled after Molloy announced its soon-to-be coed status. The decision has been further validated in the years since, as the young women at Molloy have become leaders in academics, athletics, after school clubs, and service projects. Their presence has helped Molloy to continue to thrive as a top tier learning institution. Furthermore, our young alumnae have already begun to impact our world, pursuing prominent careers in law, finance, healthcare, science and medical research, engineering, public service, military, entertainment, and much more.

Molloy has seen plenty of change since its early days of coeducation. Over the past 15 years, a great deal of effort has been dedicated to upgrading our campus into a modern learning environment. A new chemistry lab was christened in 2008, and subsequent renovations have completely transformed facilities such as the William J. Murphy Library (2011), Jack Curran Gymnasium (2013), Student Cafeteria (2014), Chapel (2014), Main Entrance and Lobby (2016), Main Street Path and Memorial Garden (2017), and Strength and Conditioning Center (2017). Other facilities have been created to meet the needs of today’s students. These include our Dance Studio (2013), revamped Computer Science Lab (2016), IT Center (2017), and Video Broadcast Studio (2017).

In addition to the physical campus, Molloy has equipped itself with state-of-the-art technology, bolstering an already rigorous curriculum. As of September 2017, every student and teacher now utilizes an iPad. All 54 classrooms feature the newest SMART Boards with 4K resolution. The Video Broadcast Club has begun livestreaming morning announcements from their studio to every homeroom. Our students are also delving deeper into computer science research and engineering than ever before with the help of an Ultimaker 3D Printer, AutoCAD software, and MakeyMakey kits. Robotics will be introduced for the first time in September 2018.

Beyond technology, there is so much that defines present day Molloy. Students are still taught in the Marist tradition, and they embrace opportunities to tutor in Harlem and Briarwood Shelter, or travel abroad with the St. Marcellin Champagnat Service Society to help marginalized populations. School Spirit is arguably at an all-time high, with few afternoons free of student-driven events. Stanners can still be found crowding the Jack Curran Gym for triple headers, or cheering on any of our 44 athletic teams. Academic standards remain high, with 100% of graduates attending college. Our faculty, many of whom are alumni or have already served at Molloy for decades, are leaders who educate the total individual. The young Stanners of today quickly come to know our family spirit, and that our motto, Non scholae sed vitae, will guide them beyond their four years of high school. Today, Molloy is a bustling, ever-evolving, simply great place to be.

Molloy is a compelling choice for many of the New York metropolitan area’s best students. Each year more than 3,000 students apply for roughly 400 available freshman seats. With an enrollment of just under 1,600 students, Molloy is large enough to offer a wide variety of courses and extracurricular activities, but small enough for each student to feel at home.

Archbishop Molloy High School has been recognized as an Exemplary School by the Federal Department of Education (1994) and as an Outstanding American High School) by U.S. News & World Report (1999). In 2009, Molloy received the Parents Choice Award based on academic performance, parental involvement, school spirit, and the school's commitment to its mission. In 2011, Molloy was awarded "Special Citation for an Outstanding Parochial Education" by The Blackboard Awards. This award acknowledges Molloy as an institution where “a vibrant, caring and challenging learning community has been created.” 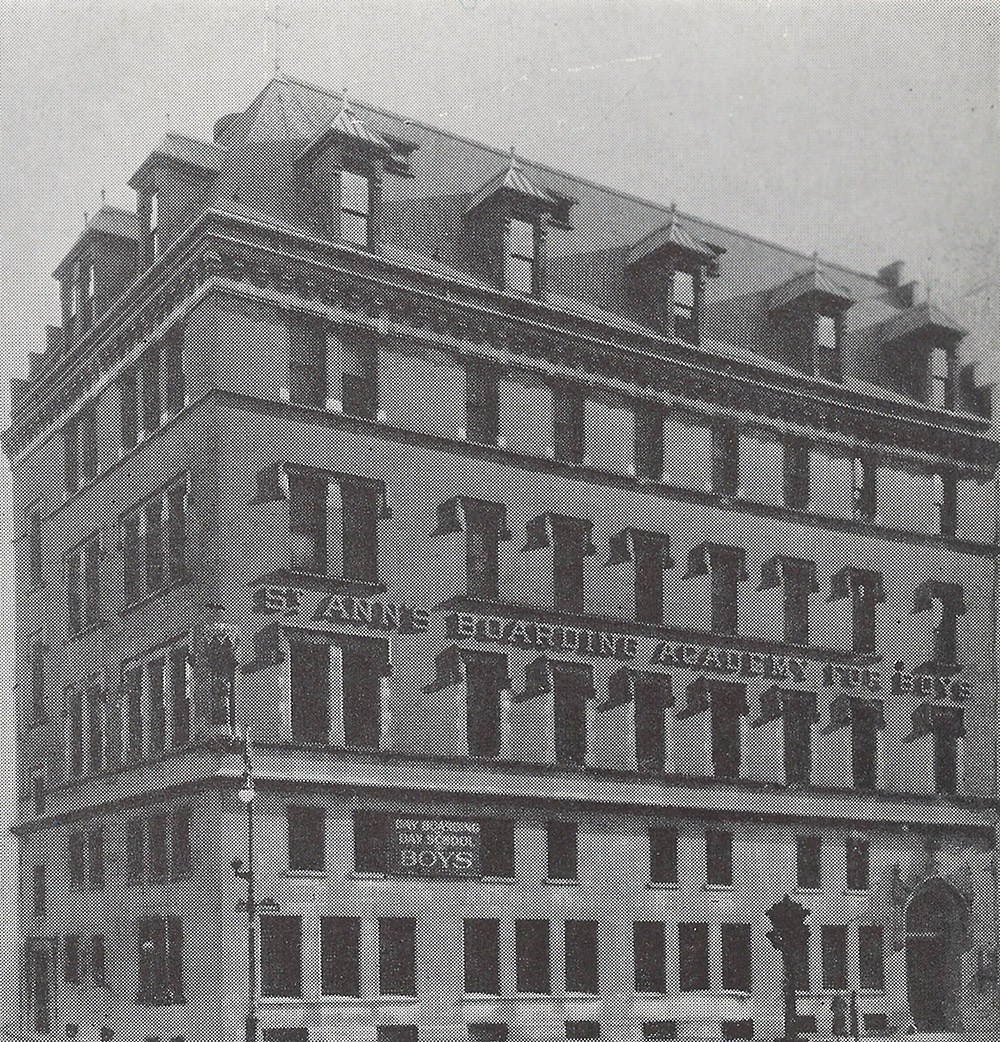 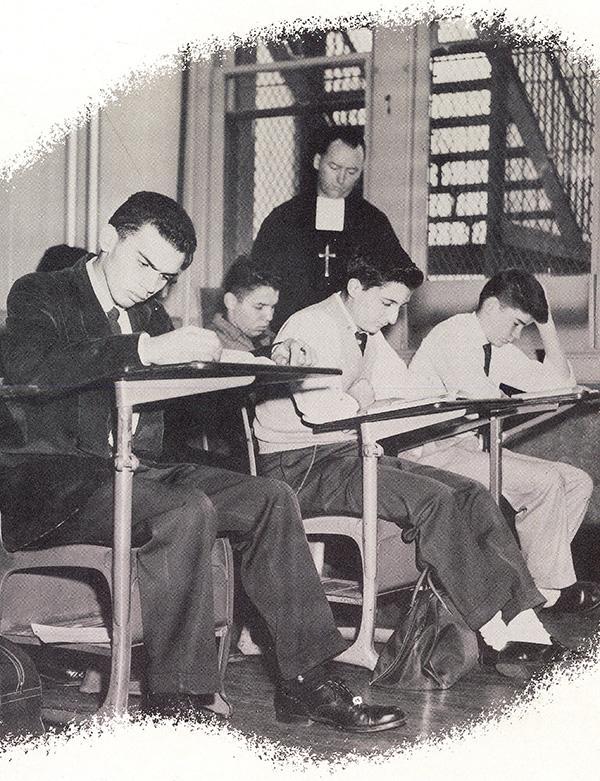 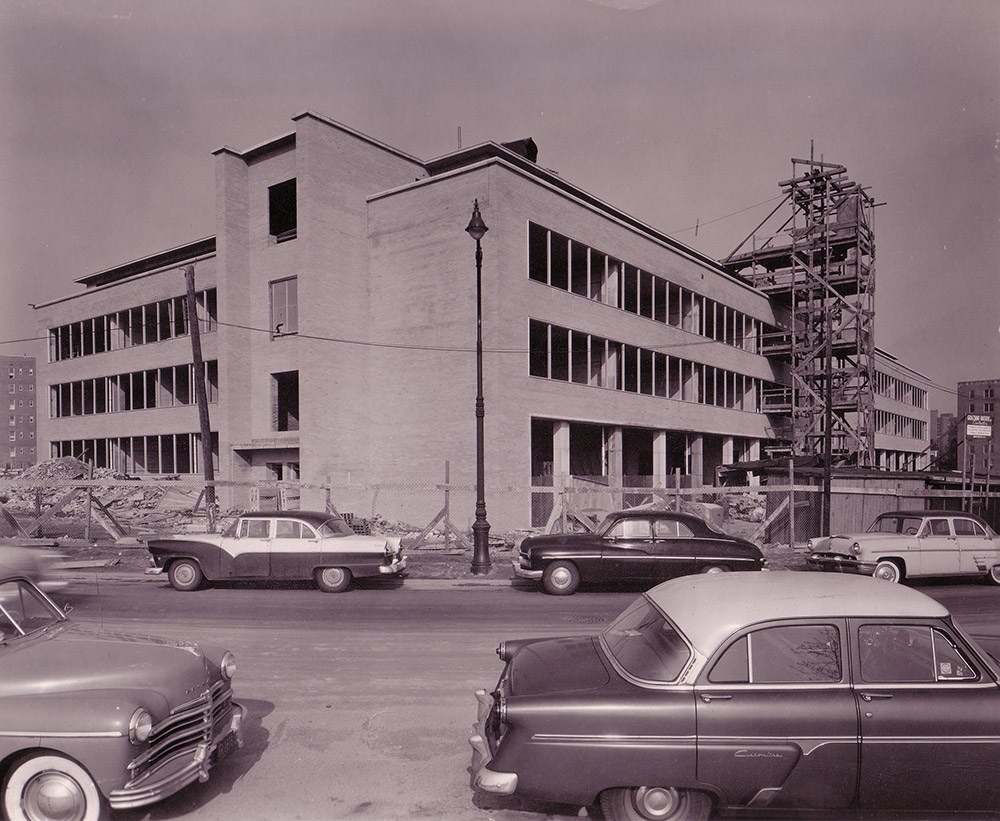 Pictured: Molloy under construction in 1957. 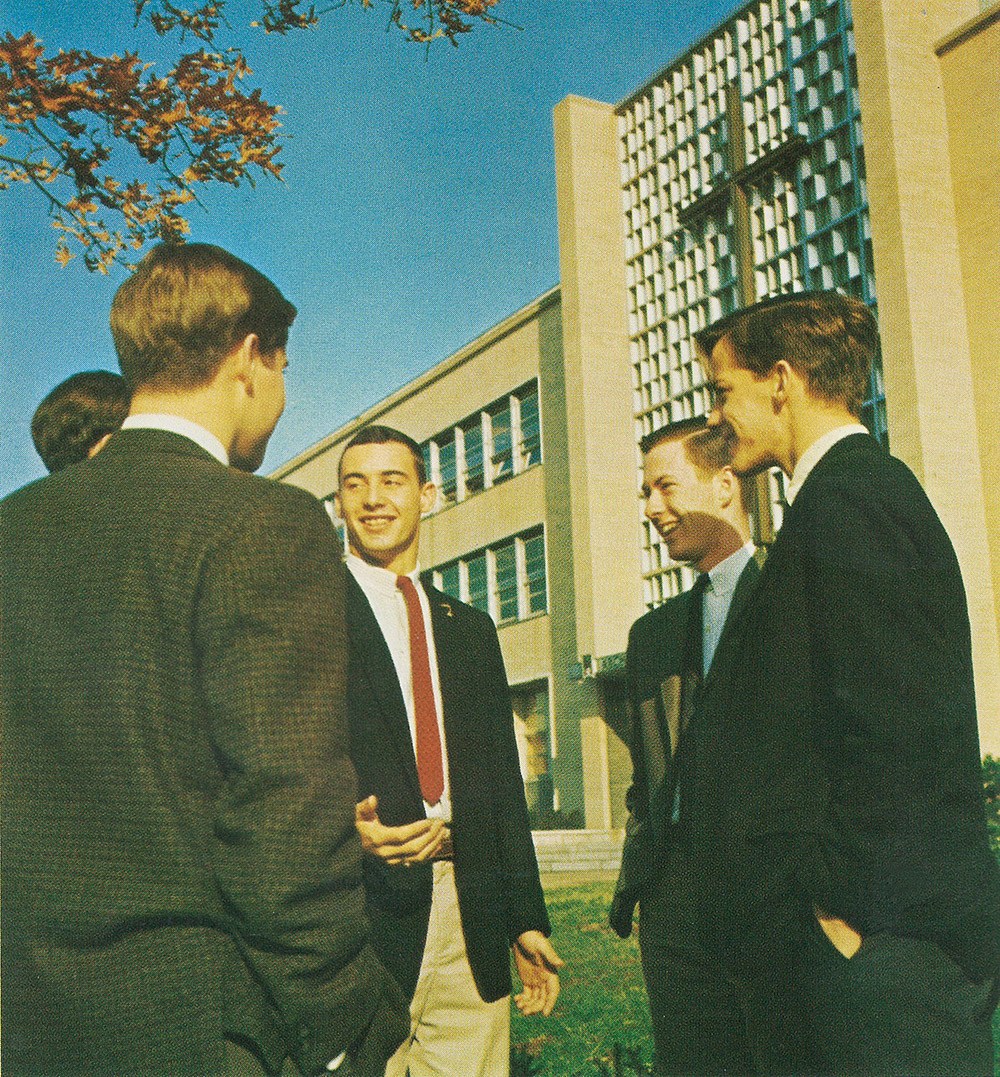 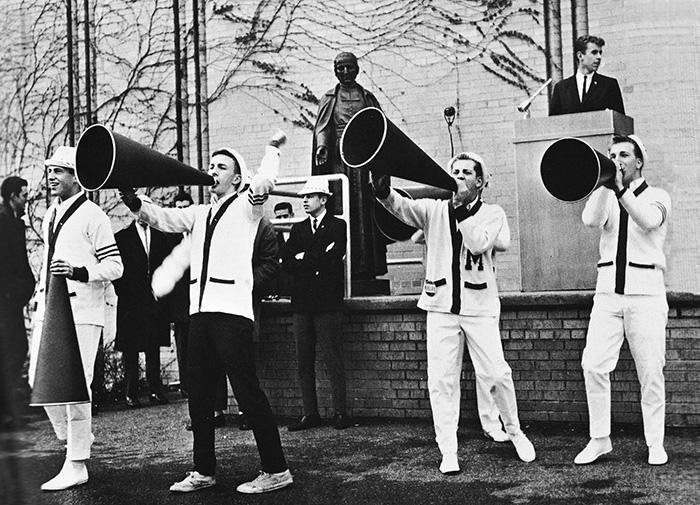 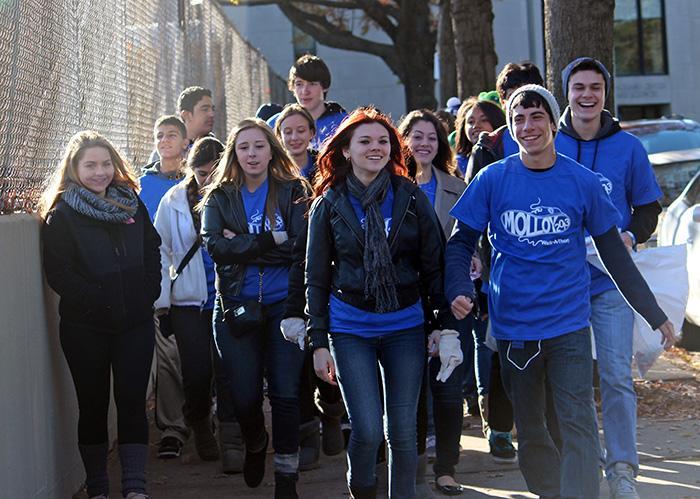 Pictured: Students participate in the Walkathon. 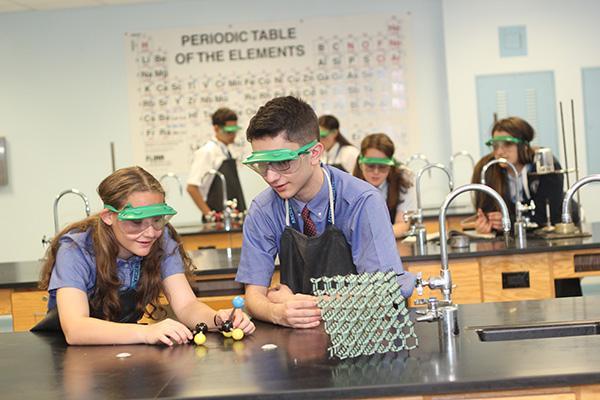 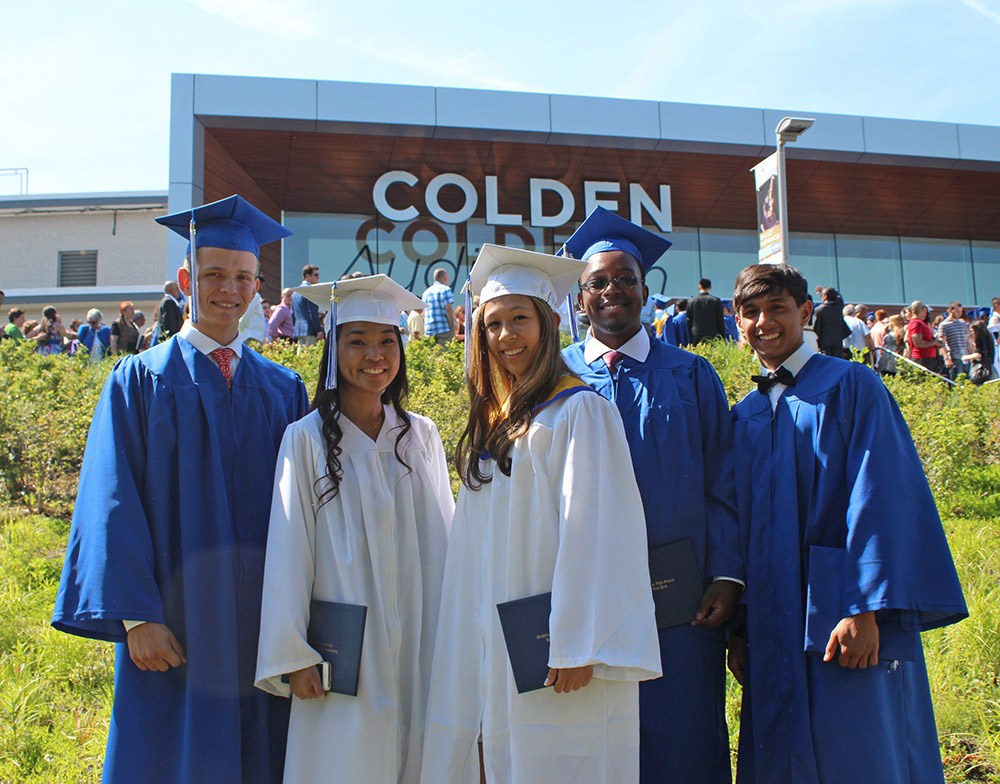 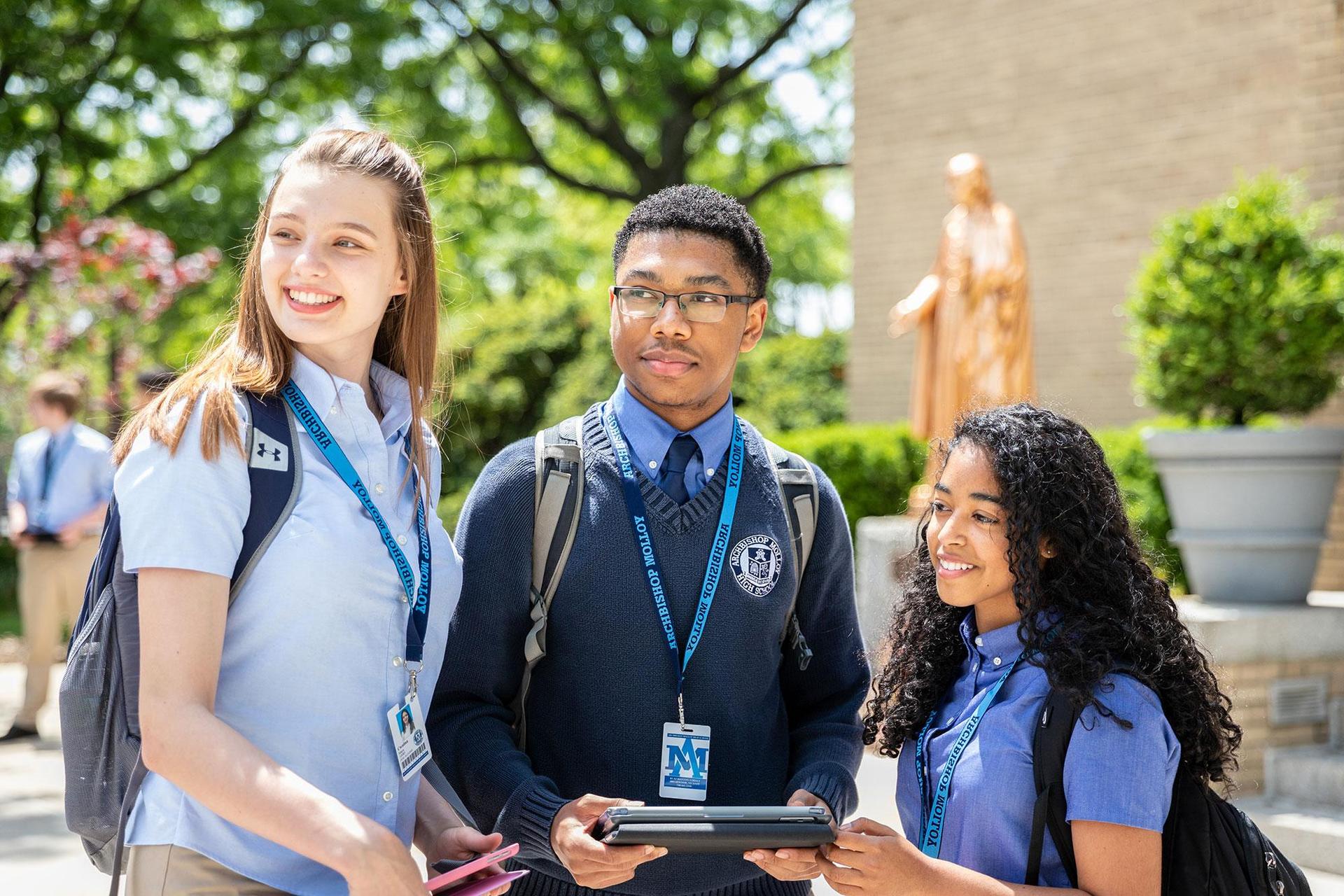