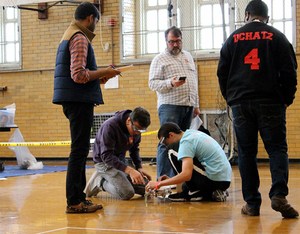 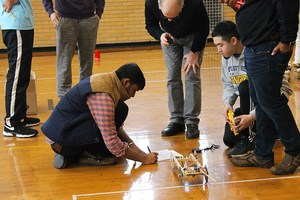 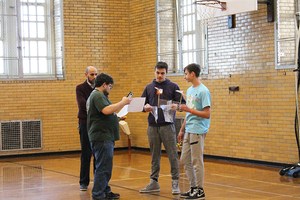 Molloy placed as the top Catholic school in the competition.

Molloy’s talented Science Olympiad team recently enjoyed back to back invigorating weekends. On January 27th, the team traveled to Yale University for a practice event in advance of the NYC Regional Competition the following weekend. “Team members got valuable practice in their events and also learned what ‘not to do’ the day of the real competition. After seeing the practice results they could then make any corrections needed,” explained moderator Mr. John Attard ’06. The NYC Metro Division C Regionals (or the Super Bowl of Science Olympiad if you will), held at Grover Cleveland High School on February 4th, featured 62 teams from 40 different city schools. Molloy’s team performed exceptionally well, however they fell short of qualifying for the state event in Syracuse by just one place. Molloy, however, finished as the best Catholic high school in the competition. Out of the 40 schools, Molloy finished 9th (the top 8 schools are invited to the state competition). Medals were awarded to the top 10 finishers in each event. Individual achievements among Molloy’s team members include:

“Alex Rezhets ’18 is to be commended for taking 1st place in the whole region in an event as tough as Helicopters,” said Mr. Attard. “Alex Rief ’18 should also be commended for his efforts. In total, Alex earned 4 medals since joining the team in his freshman year. Hailey Kirmaier ’20, one of the youngest and newest members to the team, should be commended for receiving a medal as well.”