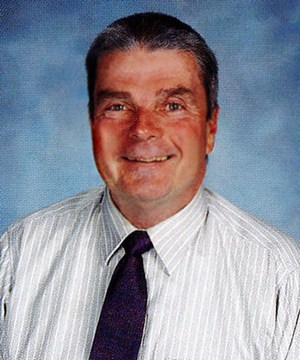 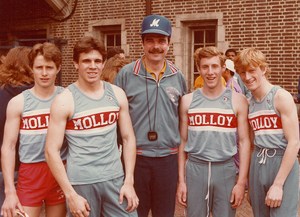 Congratulations to Br. Bob Andrews, who was inducted into the prestigious Armory Hall of Fame on December 16th. Br. Bob was recognized for his outstanding coaching career and influence at one of NYC’s most historic sports venues. The following notes were provided by Mr. Joe Dombrowski:

2017 marked Br. Robert’s 48th year coaching Cross Country and Track and Field. He began his career at St. Helen’s in 1969 and later took his talents to Archbishop Molloy High School in 1975. Since then, Br. Robert has coached sprinters, hurdlers, middle-distance and cross country runners in Briarwood. He has been a shepherd to Molloy’s boys and now girls for over 40 years. During his tenure, Stanner teams have won a NY State Cross Country Championship and 17 New York City Catholic Indoor and Outdoor Titles, as well as over 75 Brooklyn/Queens Catholic Sectional Championships. Under Br. Robert, Molloy athletes have won 3 Catholic Individual Cross Country Races and 11 New York State individual titles.

Br. Robert has coached “Stanners Stars” including but not limited to:

Br. Robert attended St. Peter’s High School for Boys and ran for Coach John Tobin. He was Cross Country Captain at Marist College where he graduated with a degree in History in 1969. Br. Robert completed his Master’s degree in Religious Studies while enrolled in summer semesters at Webster College.

Br. Robert was previously inducted into the CHSAA Hall of Fame and onto the Archbishop Molloy High School Track and Field Wall of Honor. Br Robert has served as a history teacher, assistant principal, athletic director, and counselor at Molloy. He was also at one time the Chairman of CHSAA Cross Country and Track and Field.

Br. Bob is currently gearing up to volunteer at the latest installment of our annual Stanner Games at the Armory this Saturday, January 13th (216 Fort Washington Ave, New York, NY 10032). Over 1,500 athletes from over 150 schools typically participate in this nationally-recognized meet. For more information on this year’s Stanner Games CLICK HERE or email [email protected].