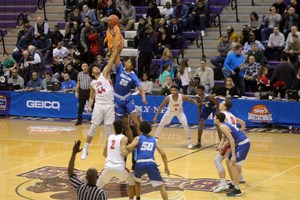 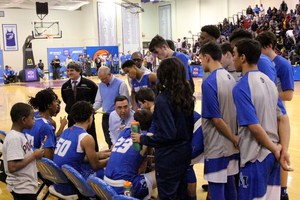 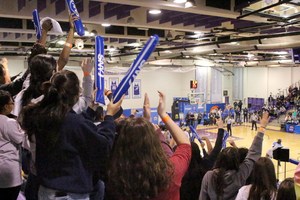 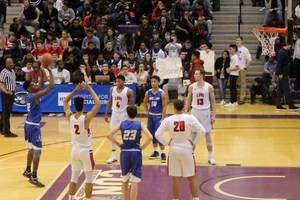 We would like to thank our community for coming out and supporting our boys varsity basketball team at City College, or tuning in on TV at home, during this year’s SNY Invitational Tournament. Molloy was featured as one of four elite teams from New York and New Jersey. The other featured teams were Long Island Lutheran, Cardinal Hayes, and Hudson Catholic. Molloy faced off against LI Lutheran in the opening round on Friday, January 26th. Over 120 Molloy students and faculty members traveled to City College to lend their vocal support. Cole Anthony performed exceptionally well, scoring 34 points in total and putting a ton of pressure on the opposition in the fourth quarter. Unfortunately, LI Lutheran held the upper hand through most of the contest, and their three-point conversion rate was off the charts. Lutheran ultimately earned an impressive win over our Stanners 77-67. Molloy would then fall in the consolation round the following day against Hudson Catholic by a score of 83-64. During the tournament, Principal Darius Penikas accepted a very generous $5,000 SNY Play Ball Grant (oversized check and all!) benefiting Archbishop Molloy High School.

While the tournament wasn’t the team’s best showing, Molloy continues to hold its head high because it’s clear that there are still many more opportunities for glory. They compete tonight on ESPNU vs. Christ the King in a nationally televised game, while the CHSAA playoffs are right around the corner. We encourage our community to continue to come out to games or tune in on TV (when available) throughout the rest of this season! | FULL TOURNAMENT RESULTS | COACH MCCLEARY INTERVIEW