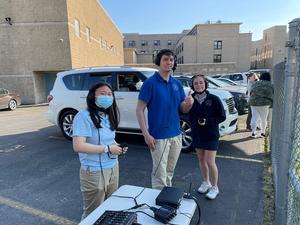 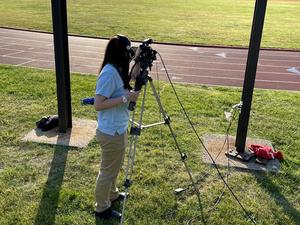 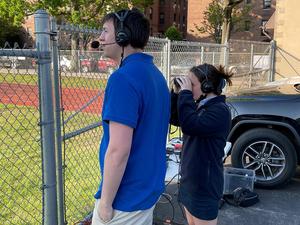 On May 20th, students in Molloy’s Video Broadcast Club test-streamed the varsity baseball game on Stanner Field, making it the first unofficial stream using the club’s new “Hot Spot” technology. This enables the club to stream games and other events while not connected to Wi-Fi, giving them the capability to stream anywhere. The club later test-streamed and filmed the Girls Lacrosse Senior Day game vs. St. Francis Prep on May 25th, which is now available for viewing on Molloy’s YouTube channel. Mr. Brian Klimas ’98, the club moderator, said the Video Broadcast Club may attempt to stream a baseball playoff game. Information about future livestreamed games and events will be shared in The Beehive as it becomes available. You can watch the Girls Lacrosse game via the video player below.