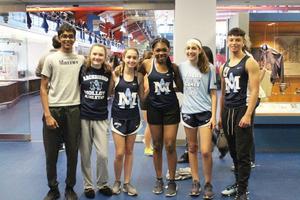 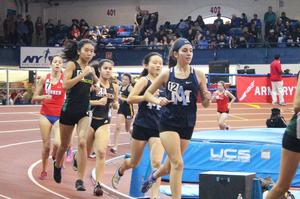 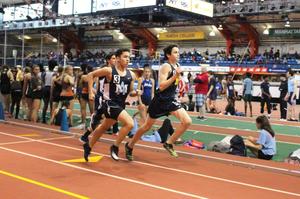 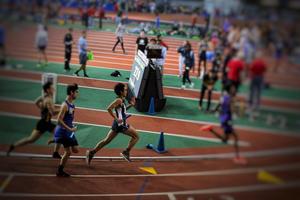 On January 11th, over 3,000 student-athletes competed in Molloy’s annual Stanner Games. Hosted at the legendary Armory Track on Fort Washington Avenue, student-athletes from over 140 schools put their skills to the test during a full-day of indoor track and field events. Stanner Games is a nationally recognized meet due to its large scale, efficiently run program, and how frequently it sees national records set. Coach AJ Power ’84 was ecstatic about the meet and explained what makes it unique. “This year’s Stanner Games was a complete success. What sets our meet apart from others is our coaches and volunteers. There is no other meet in the country that is run by this many volunteers,” said Mr. Power. Over 80 volunteers, including alumni, students, faculty, and family members assisted in organizing events and directing the thousands of participating athletes throughout the day. “Numerous coaches from other schools praised our volunteers. Even The Armory web media crew was impressed by the positivity and energy of our volunteers.” Alumni volunteers represented each decade from the 1960s through the 2010s.

Several nation-leading performances were recorded this year, and many other personal bests were set. Representing Molloy, Peter Meehan ’20 and Abigail Jefferies ’22 each earned medals in their events, while Ike Anaege ’21 won the Long Jump. Grace Murphy ’23 won the 1600M Run setting a new frosh record.