Stanner Players Present: Into the Woods! 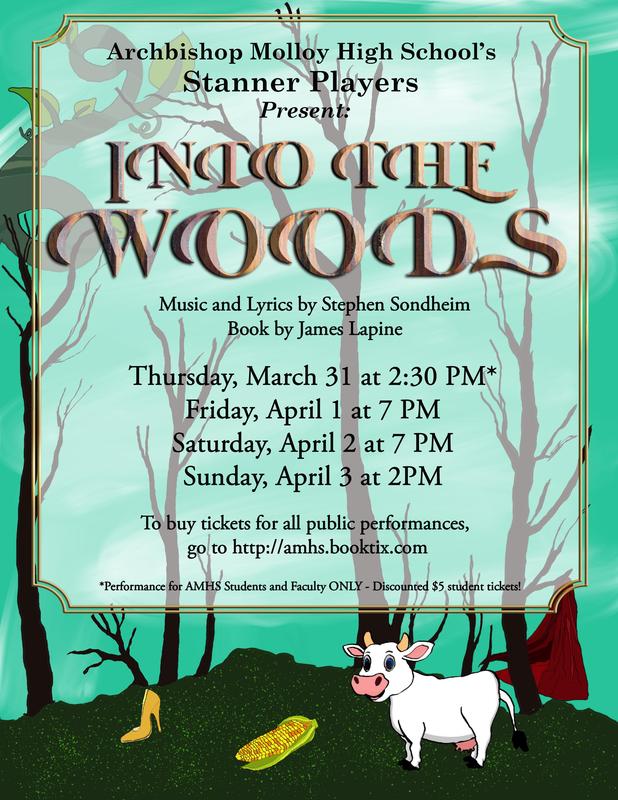 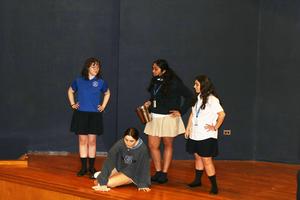 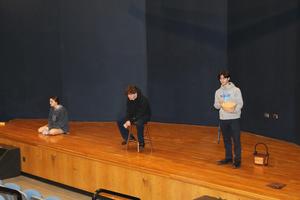 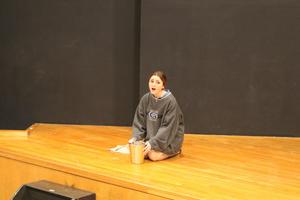 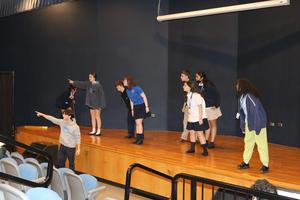 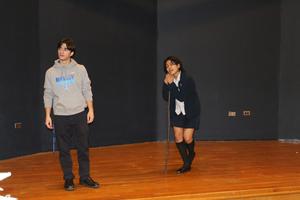 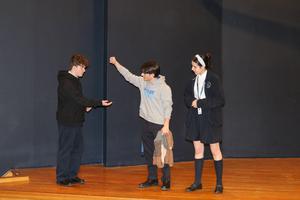 This year's Spring Musical will be an adaptation of Stephen Sondheim's Into the Woods. Get Tickets Now!

In just two weeks, Molloy’s Stanner Players will be taking center stage with their performance of Into the Woods! With music and lyrics composed by Stephen Sondheim, the musical depicts the interactions between multiple fairy tale characters, such as Cinderella and Little Red Riding Hood. According to Ms. Shannon Winters ‘06, resident English teacher and director of Molloy’s Theater Program, “We’ve wanted to perform Into the Woods for over a year now, and we’re excited that we’re finally able to. Plus, everybody knows and loves fairy tales!”

Performances for the show will be held March 31 to April 3, 2022, with the showing on March 31st being exclusive to students and faculty. Into the Woods will be one of the first shows performed in front of a full, in-person audience since the beginning of 2020, with the first being the Senior Show earlier this month. The Stanner Players will not be required to wear masks, but will still have the option to do so; the same applies to audience members. As the theater is open to all, there will be no livestream option for this performance, so make sure you buy your tickets to secure your seat!

Rehearsals for the show are going better than ever, with all Stanner Players, stage crew, and everyone else involved excited to be back in person working with each other. “The kids are very spirited,” says Ms. Winters, “constantly talking and editing and working together.” The Stanner Players themselves are especially excited because “basically everyone is a lead,” and “everyone acting has solo lines,” according to Ms. Winters.

Ms. Winters would like to highlight Joe Bruno ‘22, Molly McGuinness ‘22, and Keren Elmore ‘22, seniors that have been in every Stanner Player production in their four years at Molloy. Tatiana Egas ‘22, another senior that has dedicated her four years to the Theater Program, has been Stage Manager and has assisted in directing all productions! Pablo Ortega ‘22 and Angelina Warren ‘22 have acted as multiple-time Assistant Stage Managers, and Ms. Winters is sad to see all of these bright and dedicated seniors leave Molloy, but proud of their accomplishments!

Get your tickets for the show here: Alumni who are former Stanner Players or Theater Arts & Improv are invited to a special reception beginning at 5:15pm, prior to the Saturday, April 2nd performance. More information about the reception can be found at www.molloyhs.org/events/ !