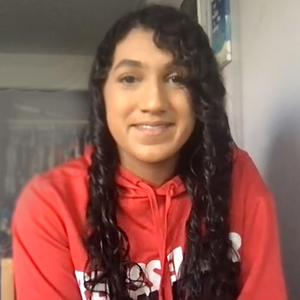 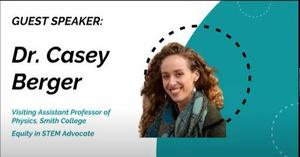 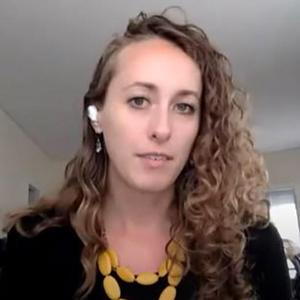 In October, Nirmala Narine ’19 served as a guest speaker in several Computer Science & Engineering classes at Molloy. Nirmala is currently a junior Aeronautical Engineering major with a minor in music at Rensselaer Polytechnic Institute. During her virtual visit she discussed her college experience and how she landed an apprenticeship at Goldman Sachs last summer and more recently an internship with Boeing. She also discussed why computer science is essential in many fields today, and credited Molloy’s Robotics class for giving her valuable coding experience going into Rensselaer.

“I was able to get the Boeing internship through the Engineering Accelerated Hiring Initiative (EAHI) where Boeing recruits from certain colleges through this program. It allows for students to pick which department and locations they would like to work in. I hope to be working in manufacturing within the company, especially for commercial airplanes.”

Asked to reflect on her experience in Robotics and Computer Science at Molloy, Nirmala was appreciative of the early exposure she received. “Looking back, Something I really enjoyed at Molloy was when alumni came back to talk about their colleges. Personally, I would like to see more of an engineering presence at Molloy, so I was very happy to come back and speak to the students. It’s nice to see the developments in computer science since I graduated. I enjoyed sharing my love of being an engineer and I hope that the students at Molloy also end up finding a major and career they love.”

Also in October, Dr. Casey Berger, a computational physicist, STEM equity advocate, and sci-fi author, visited virtually with Molloy’s Quantum Computing class. During her visit, Dr. Berger discussed what led her to quantum, her research, and how she weaves her love of science and writing together.

Jonatan Hernandez ’22 shared his thoughts on Dr. Berger’s presentation with The Beehive: “This past week, Dr. Casey Berger came to our class as a guest speaker. She talked about what a life for someone in the quantum computing field looks like. Something that stuck with me, as she was explaining what lead her to working in the quantum field, was that she first chose to approach a career in film and philosophy. Film and philosophy are much different from quantum physics so I was confused how she could’ve made that transition. She told us that after getting her degree in philosophy and working in the film industry, she realized she missed working with physics. She went back to school to study and get a degree in physics. This stood out to me because choosing my career has been difficult. She made me realize that what I choose now may not be what I actually end up doing.”