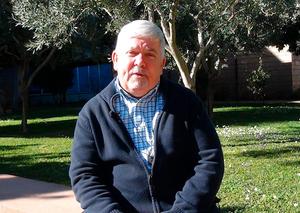 Superior General Br. Ernesto Sánchez, FMS, and the Marist Brothers General Council have appointed Br. Patrick McNamara, FMS, to become the next Director of the community of the General House. This new appointment will become effective in January 2022. Br. Patrick will be responsible for not only the community life of all those living at the General House, but also oversee all visitors. The appointment is for a period of three years. Br. Patrick is no stranger to being called upon to serve the Marist Institute globally, as he has previously served and worked for the FMSI office at the United Nations in Geneva, and served twice as US Provincial which required frequent travel. Br. Patrick most recently preceded current US Provincial Br. Dan O’Riordan ’85 in that role. Everyone at Molloy thanks Br. Patrick for his many years of service to the US Province and wish him all the best as he takes on this new role.
Published September 28, 2021 Print