Speaking On A Virtual Level 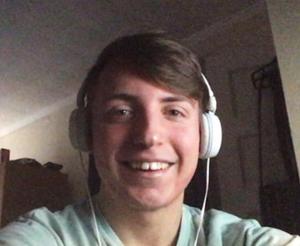 Speech & Debate Season Wraps Up Virtually
by Ryan Curran '22
We can all agree that this school year presented obstacles for many, especially within clubs and activities. For most of the year, students spent their time with clubs online. There were clubs that had a smooth transition, while others did not. Out of the clubs that faced obstacles, but soon overcame this, it is none other than the Speech and Debate team. At the beginning of this school year, it was announced by the Brooklyn Queens Catholic Forensic League (BQCFL) that the tournaments for this season would be shifted to virtual tournaments.

The virtual aspect made things difficult, as Molloy’s team only practiced on Zoom, an app for video calls. The lack of face-to-face interaction and critiques made by fellow teammates would soon increase. Molloy competed in their first online tournament in November, but only one person competed. Myself being that one person, it was difficult to comprehend that the season wouldn’t be full of food runs and eight hour long tournaments. It was nice seeing students who I went against last year, but it was still a burden to not have that whole experience.

However, the team ended the season on a high note, sending several students to the New York State Tournament and the Grand National Catholic Tournament. In order to qualify for the State Tournament, a student must have two half qualifications. Throughout the season, these can be obtained throughout each tournament in the season. The team had nine qualifiers to compete at States, which was held from April 24th-26th. The following people were: Isabella Arias 23’ (Novice Public Forum), Eileen Cho 24’ (Novice Lincoln-Douglas), Ryan Curran 22’ (Original Oratory), Micah Gagarin 24’ (Novice Public Forum), Isha Patel 23’ (Original Oratory), Hailey Ramzan 23’ (Declamation), Dylan Rosa 24’ (Novice Public Forum), Alleyia Talip 23’ (Novice Public Forum), and Lucia Veuctic 24’ (Declamation). Although no one advanced to the elimination rounds, the experience itself was unique, as many students went against state and national champions.
In May, the team prepared for Nationals, which were held virtually May 28th-30th. In order to qualify for Nationals, students must compete in the qualifying national tournament and place in the top six. However, due to the pandemic, nine people in each event would qualify, giving more chances. Ten people qualified and represented Molloy at Nationals: Eileen Cho 24’ (Lincoln-Douglas), Ryan Curran 22’ (Original Oratory), Thomas DiBello 23’ (Duo Interpretation), Cathal Kirkyla 24’ (Lincoln-Douglas), Angelica Katcher 21’ (Public Forum), Anthony Kerr 23’ (Lincoln-Douglas), Isha Patel 23’ (Duo Interpretation), Hailey Ramzan 23’ (Duo Interpretation), Ashvadeep Sodhi 21’ (Public Forum), and Lucia Vuectic 24’ (Duo Interpretation). In Nationals, the team of Thomas DiBello 23’ and Hailey Ramzan 23’ advanced to Octofinals, being in the top 48 in the nation for Duo Interpretation! Molloy not only scored some individual wins, but as a team as well. For the 2020-2021 season, Molloy was ranked 1st in the league for Debate. The school also placed 5th for both Speech and Debate in the qualifying tournament.
I would like to send out a huge congratulations to seniors Angelica Katcher 21’ and Ashvadeep Sodhi 21’ for being the foundation of this team and being the captains of Debate. This team wouldn’t have even started without you two. So proud of the work you have put into this and can’t wait to see what you two do in the future. I would also like to congratulate Mr. Reilly, as all of this hard work wouldn’t have been accomplished without him. He has put all of his soul and energy into this team every week. Regardless of doing all of this online, he still had faith in these students and that we would end up victorious. From barely having people competing last year to a whole team supporting each other, it is crazy to think that this team would get this far in only a year. As for the future, we will just have to wait and see….
Published June 17, 2021 Print