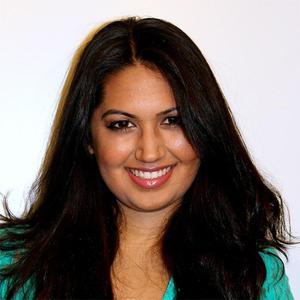 Congratulations to Opal Vadhan ’11, who announced this week that she has been hired to serve as personal aide to the Vice President of the United States. According to Politico.com, someone in this role is often referred to as “body person” and is responsible for a wide range of tasks including managing schedules, travel arrangements, meetings, media inquiries, and much more.

Opal is a Pace University grad (2015) and was named to Pace University’s 30 under 30 list. She is a two-time NY Women in Communications scholarship winner, a former campus Editor-at-Large for Huffington Post, and a former on-camera reporter for TV Asia. In 2014, Opal interned at The White House in the Office of Communications in Washington D.C. Her previous internships include NBC’s Nightly News, MSNBC, MTA, The Rachael Ray Show, and Sony Music Entertainment. Prior to her new position, Opal served as the executive assistant to Secretary Hillary Rodham Clinton.

Opal is a volunteer with Marist Young Adults and enjoys doing mission trips to help children in Jamaica. Throughout 2020, including peak months of the pandemic, Opal volunteered with the World Central Kitchen, a food relief organization started by Chef José Andrés, to help in their mission to serve millions of meals to people in need while supporting frontline workers and struggling restaurants across the New York metropolitan area. Also in 2020, Opal appeared on the cover of a new book by Br. Dan O’Riordan ’85 titled Never Too Young To Change The World, and in February 2021 a photo of Opal volunteering with World Central Kitchen appeared on the cover of Stanner Life magazine.