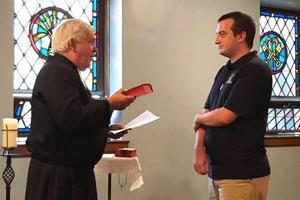 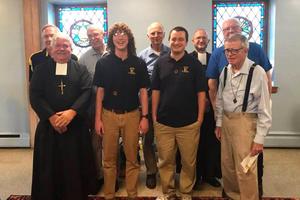 On September 8, 2020, the Marist Brothers officially welcomed Molloy alumnus Rob Dittus ’15 as one of two new Marist postulants. This means that Rob and his fellow postulant, Ryan Richter, are beginning a year of exploring the Marist Brotherhood and deepening their relationship with Jesus Christ. They will use this time to decide whether the life of discipleship is their calling. Br. Patrick McNamara, US Provincial, and other Marist Brothers welcomed Rob and Ryan on what was the Feast of the Nativity of the Blessed Virgin Mary. The Marist Brothers humbly ask that you pray for Rob and Ryan as they begin this new chapter. The last Molloy graduate to join the Marist Institute was Br. Dan O’Riordan ’85, who now serves as Vice Provincial alongside Br. Patrick.
Published October 9, 2020 Print