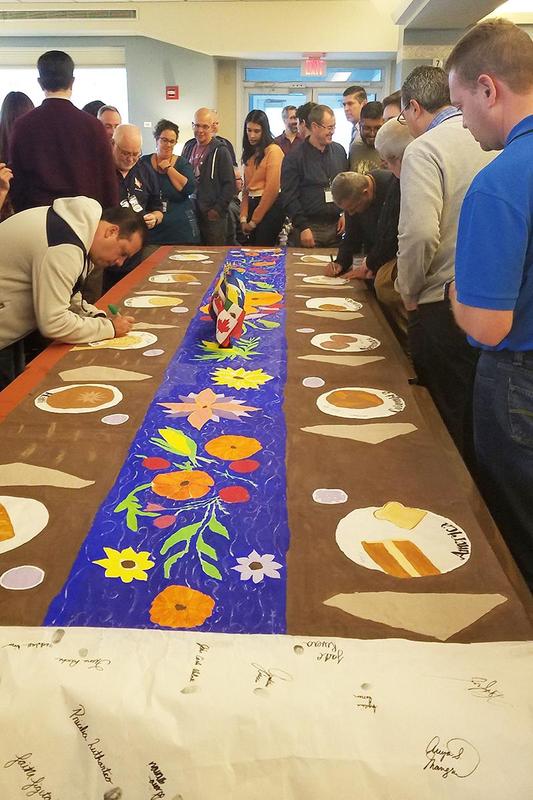 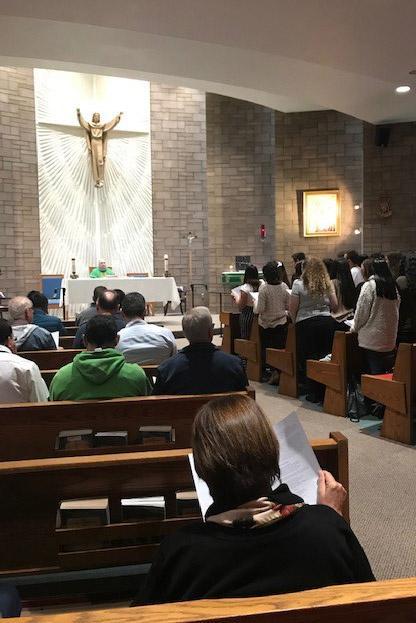 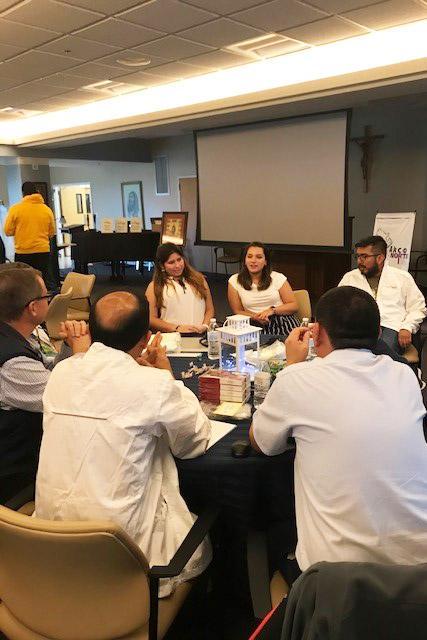 In October, Molloy’s junior/senior chorus performed at the Marist Brothers’ Arco Norte Regional Meeting held in Long Branch, New Jersey. The meeting was a gathering of Provincial Councils of six provinces including Canada, the United States, México Centrale, México Occidentale, America Centrale, and Norandina. The meeting included discussions to determine areas of commonality and issues regarding Marist schools in the western hemisphere. Molloy students sang for the brothers during 5:00pm Mass.

“Our students became the official representatives of the American schools,” said Ms. MaryAnn Safrey, who accompanied the students along with chorus director Jim Sheehan ’75. “Our students were asked to present jackets to each of the visiting Marist Brothers and to welcome the brothers in their native languages including Spanish, French, Portuguese, and English. Our students also brought a mural from last year’s Thanksgiving Liturgy (pictured right), which was created by Rebecca Donowski ’20. The banner depicts table settings representing many of the countries within Arco Norte. Rebecca was recognized for her artwork and our students gathered with the brothers around the mural to engage in conversation. The brothers signed the mural, which we brought back to Molloy and plan to display again during this year’s Thanksgiving Liturgy.”

“It was an amazing gift to have Molloy’s chorus join the Arco Norte Regional Meeting,” said Vice Provincial Br. Dan O’Riordan ’85. “Jim, MaryAnn, and the students really had a profound impact with their presence, and the fact that they traveled to the meeting on a day off speaks volumes of their willingness to live our motto.”